Skip to content
"First class and cheap dental implants with experienced and reliable dentists in the safe heart of Europe."

Remove tartar from teeth. The most effective ways of avoiding dental plaque formation and tartar build-up

This way you can prevent most of the dental problems.

I want to get a quote
Home » BLOG » Cosmetic dentistry » Remove tartar from teeth. The most effective ways of avoiding dental plaque formation and tartar build-up

Oral hygiene plays a key role in our daily lives, as we can only be satisfied with our appearance if we have healthy and beautiful teeth. If the teeth start to decay, we should consult a dentist immediately, but thorough and frequent dental care will also help us prevent most dental problems.
One of the most common dental problems are dental plaque formation and tartar build-up, which can cause gingivitis (the inflammation of the gums) in extreme cases, and might be causes for bad breath and tooth discolouration, so it is very important to visit our dentist and remove tartar from your teeth.
This article is about the following topics: 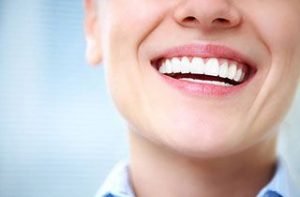 What do dental plaque and tartar mean, and how they are formed?

Tartar is a calcified material that is too hard to be removed by domestic methods.
After eating, acidic biofilm is formed in the oral cavity, where several bacteria and viruses can proliferate easily. In this acidic medium, plaque is formed on the teeth, and if this plaque is not removed adequately, it may form tartar.
If you brush your teeth with a toothbrush thoroughly, the plaque cannot remain on the teeth for a time sufficient for tartar build-up. Tartar may only be removed by a dentist – there are no domestic methods that would be effective. 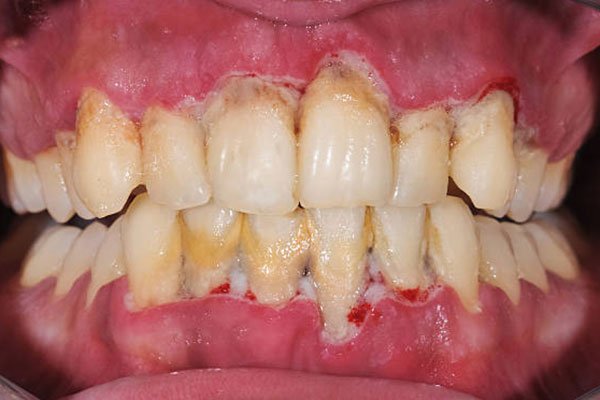 Dental calculus above the gum (supragingival)

The colour of the tartar above the gums is yellow or brown
It is especially the teeth located at the salivary ducts, that is, the cuspids and molars, as well as the incisors and the inner side of the canines that are affected.

Dental calculus below the gum (subgingival)

The colour of tartar under the gums is dark brown or black. It develops very slowly, but once it has formed, it adheres much more strongly to the tooth than the supragingival tartar.In that case tartar can be removed just by your dentist.

Why is tartar dangerous?

Untreated tartar is the hallway of many other diseases. With a change treated in time, your teeth will almost refresh and be given a new chance to stay healthy.
However, if the tartar sets its foot,tartar will occur again and again, and then it spreads significantly. As a result, the gums become inflamed, which at first develops in the form of swelling, then it frequently bleeds until the gums retract and recede. The tooth itself will be impacted by this environment: it loosens and falls out at the end of the process, i.e., in the worst and irreversible case.

How can we prevent tartar formation?

Care is extremely important in preventing the formation of tartar. You can easily remove the whitish-yellow plaque, which is the result of omitting brushing or brushing without due care, with a toothbrush, but after that calcification begins.
Patients can therefore prevent its development with due care, but it is true that the individual’s tendency to tartar and the location of the teeth also influence and accelerate its appearance.
Let’s see how we can fight against tartar.

The first pillar of tartar build-up prevention is choosing a good quality toothbrush. It is recommended to choose a toothbrush with a soft head that is as small as possible so that it can reach every part of our teeth.
Toothbrushes with larger heads cannot reach all the teeth, so we are not able to remove all the plaque if we use them. Soft plastic bristles will remove the plaque perfectly, but they should also be cornered so that they do not hurt the gums.

2. The method of tooth brushing 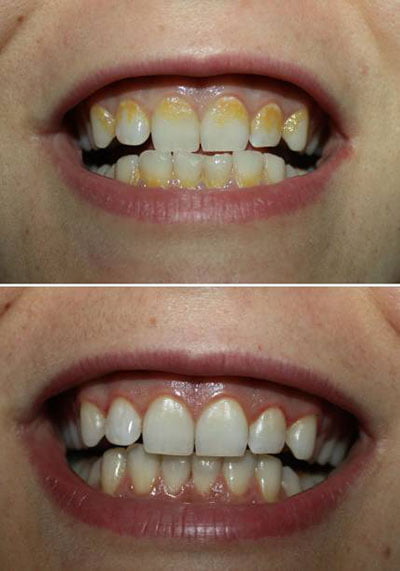 We also have to pay attention to not only wash the visible parts; the brush must reach all of our teeth. The best method is holding the toothbrush in a way that the bristles form a 45° angle where the tooth and the gum meet.
Instead of moving the toothbrush up and down, apply slight circular strokes. Each session should take at least two minutes, but it is even better to spend a little more time with brushing.

Electrical toothbrushes are also a good choice, but only the ones that clean in a circular motion. Clean your teeth as part of your daily and evening routine, and if you have the opportunity, also brush them during the day after every meal.
There are mouthwashes designed specifically to reduce dental plaque formation – do not hesitate to use a mouthwash after brushing your teeth!

The bristles of the toothbrush cannot access the interdental areas; still, it is also important to clean these parts. Flossing provides a great solution to the problem. Gently slide the floss between the teeth, and clean the area thoroughly. Continue until you reach the back side of your last tooth, sou you can remove a part of tartar from your teeth.

4. The most effective toothpaste against dental plaque

Make sure that you find a toothpaste that is effective in preventing tartar build-up. If you do not have time to brush your teeth during the day after a meal, sugar-free chewing gums are also a good solution, as they neutralise the acidity caused by food remains in the mouth. However, you should keep in mind that chewing gums should never be used as a replacement for brushing your teeth.
If you clean your teeth regularly and pay attention to the method as well as the equipment, you can prevent dental plaque formation and tartar build-up. 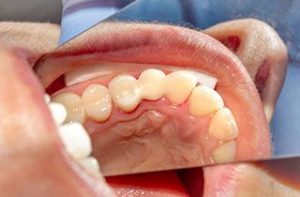 Tartar cannot be removed by domestic methods. Please never attempt to try that, as you might hurt your gums or damage the enamel.

It is recommended to have tartar removed every 6 months.
Dental professionals not only remove tartar using a technique called scaling but also polish the teeth and treat its surface with a special method, slowing down the process during which the plaque starting to calcify create a bond with the enamel. This way, we can also prevent periodontal diseases.

Tartar removal is carried out with the use of an ultrasonic device – the so-called scaler. The procedure is completely painless, even though it might involve some bleeding.After the treatment, the surface of your teeth may become temporarily rougher, but you can refine it with the help of a dental sandblaster, but over time, the tooth becomes smoother on its own. If you experience any issues with your teeth or have questions, we encourage you to consult your dentist so that you can receive treatment before more serious problems occur.

There is no doubt: Western Europeans who have their dental treatments planned and done in Read more

They say that nothing is for free; that quality has a price, and this saying Read more

Affordable dental clinic – Why it is worth embarking on the journey

How should an affordable dental clinic with high quality look like? Why is the interior Read more

Dental treatment abroad – Why it is worth embarking on the journey

Hungary is the land of affordable dental treatment

Twice a day, 3 minute long – basically, that is what a regular person knows Read more

Would you also like to save on your dental treatment?
I want to save 60%

DENTAL IMPLANTS ABROAD
ABOUT CHEAP DENTAL IMPLANTS
BUDAPEST DENTAL
LOW COST DENTAL CLINICS
5/5 - (292 votes)
This website uses cookies to improve your experience. We'll assume you're ok with this, but you can opt-out if you wish.
More info Accept

Fill Out The Form Below To Download Your FREE CASE STUDY "5 steps, new smile" 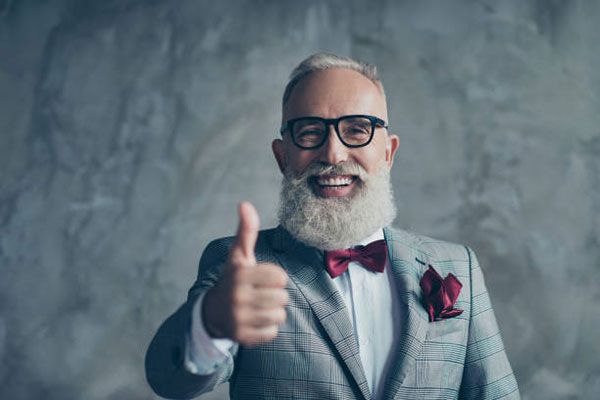